The California Drought Was Caused By Geo-Engineering 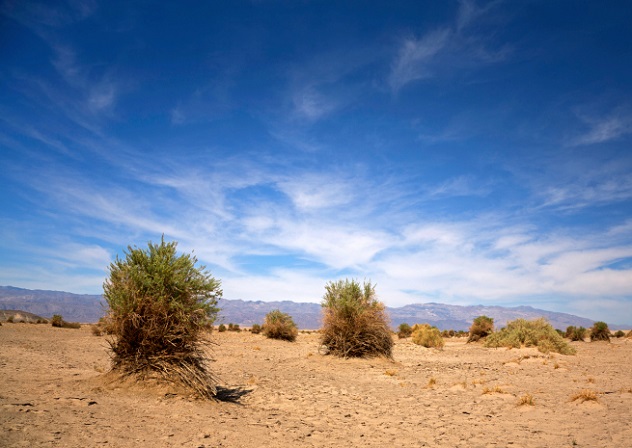 In May 2013, a state of drought was declared in California that persisted throughout the rest of the year, the state’s driest year to date. In December, a massive wildfire broke out near Big Sur, thought to have been spurred by the dry spell. More than 900 acres of land were destroyed in the blaze. The drought continued into 2014.
The logical explanation given by scientists was that the drought was the result of global warming, man-made climate change, or both. Conspiracy theorists are not buying it, though. They are convinced that geo-engineering is to blame for the drought. According to theorists, geo-engineers have cut the rainfall in California with the continuous spraying of aerosols and use of ionosphere heating. By turning California into a desert, its citizens will be at the mercy of the government to supply food they can no longer provide for themselves, leaving the government in total control of the population.
Proponents of the theory are even going as far as to say that there is no natural weather anymore. They believe that continued geo-engineering has caused the planet’s natural climate system to stop functioning. Now, the geo-engineers are simply making up weather patterns as they go along, hurtling America into a state of weather warfare.