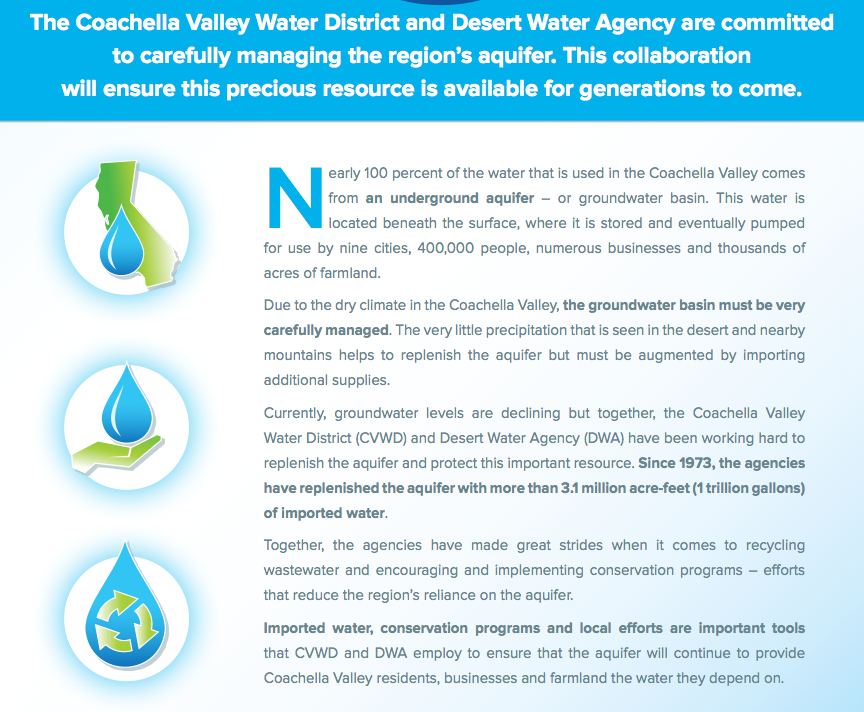 A new report from the U.S. Geological Survey (USGS) presents another example of how a replenishment facility can have a positive impact on local groundwater levels and slow or stop land subsidence.
Although some land areas in Palm Desert and Indian Wells have subsided as much as two feet since the 1990s, USGS and the Coachella Valley Water District has detected slower rates of subsidence and a positive trend for water levels in La Quinta near the vicinity of the district’s Thomas E. Levy Groundwater Replenishment Facility that began operations in 2009. The system replenishes aquifers using Colorado River water.
At five locations in La Quinta, average subsidence rates decreased near the replenishment facility based on measurements taken in 2010, only one year after the facility went into full operation. USGS measured ground uplift at one of the locations with previously observed subsidence.
Groundwater levels have increased as much as 75 feet, according to the water district’s well monitoring within six miles of the facility. Since 2009, groundwater levels have increased an average of 26 feet in about 200 wells throughout the eastern Coachella Valley.
The USGS study of the Coachella Valley was funded through a cooperative agreement with CVWD. A copy of the full study, “Land Subsidence, Groundwater Levels, and Geology in the Coachella Valley, California, 1993-2010,” can be found at www.usgs.gov.