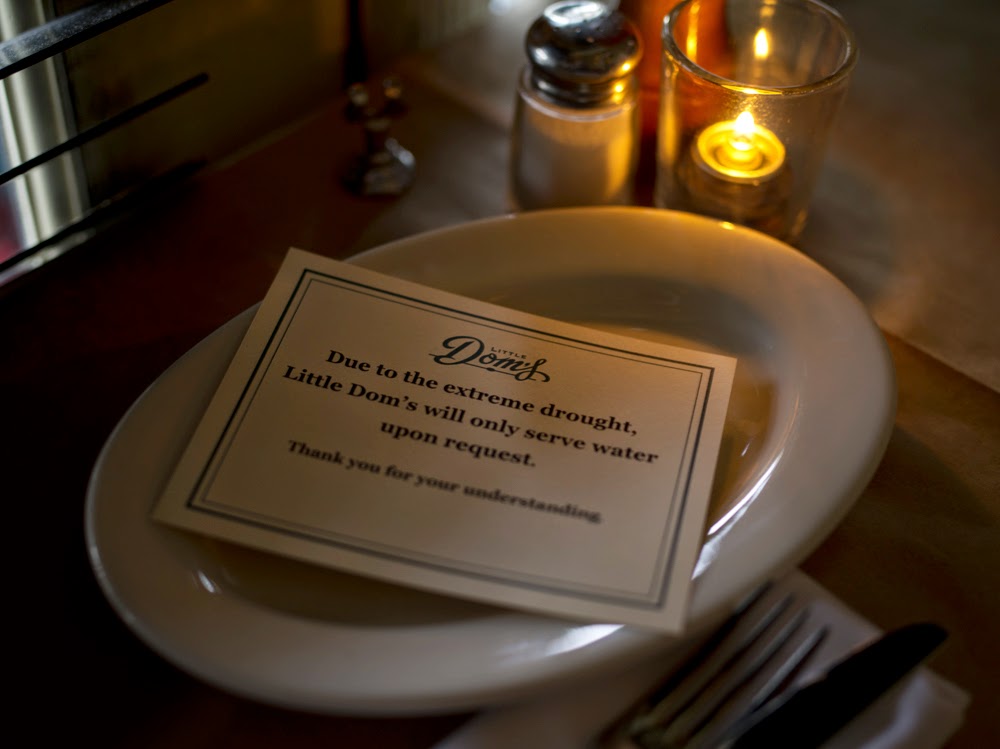 On my return trip to Califonia, some five months since the project began, I was a lot more aware of water waste.

At first glance little seemed to have changed, especially in the Los Angeles area, but the big difference was that people were talking about the drought having been told at the begining of March that the State only had a years water left. Despite this, the majority of Californians still do not feel effected by the drought. People talk of desalination, but not water recycling which is where (I feel) the solution lies.

'How could our water possibly run out..'

I still find it shocking tha people living in California have no idea where their water comes from. Most think its Lake Mead in Nevada.

Many restaraunts (but not that many) now only provide tap water if asked for, a small gesture considering the scale of the problem now in its third year.

The most obvious changes I have seen so far are in Palm Springs where the car washes are closed and the fine mist found in nearly all the outdoor seating areas has been switched off, (but this may change in summer months).

This summer will be a turing point for California. Snowfall has been low and the rain in Janruary has made little difference. The farming industry which accounts for 85 percent of Califonias water usage has been hit hard with its reduced water supply although its effects have not yet been realised.